Paul Wagner, founded of Balzac Communications and long-time wine industry star, will speak at the 2020 Wine Marketing & Tourism Conference to discuss The Future of Wine Tourism. The sub-title of his speech is What We are Doing Wrong and How We can Move Forward. 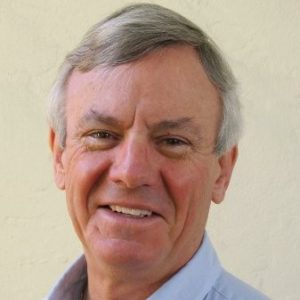 Paul is dynamic, smart, and insightful. If you have a question, he will very likely have a thoughtful answer. This one hour at the WMTC might very well be worth the price of admission if you care at all about wine tourism.

Care to learn more about Paul and his planned talk? We caught up with Paul just after he returned from a week of teaching in Italy.

1. How did you put yourself in a position to start Balzac?  Long story.  I studied Sociology and Education at UC Santa Cruz, then left to go live in Spain for five years and study classical guitar.  While I pursued a concert career, we moved to Napa because my wife got a job as a chef there.  To pick up some extra cash I got a job working at a winery, which grew into an interest, which grew into a career.  After various jobs at various wineries, I was hired by a local agency to provide PR and wine knowledge…and eventually became a partner in that agency before forming Balzac.  That was nearly thirty years ago.  Balzac began with just three clients, and grew into an internationally recognized leader in the industry.
2. Do you ever miss not being involved with Balzac on a day-to-day basis?  Do I miss the interaction with the people? Absolutely.  Do I miss the daily worries about every single job and every single client?  Not for a minute. And I am so busy these days.  Since I retired, I’ve gone back to playing my guitar a lot more, usually about three hours a day.  And I paint watercolors.  I’ve written two more books on the wine industry, and am writing a series of mystery novels.  I still teach at Napa Valley College and the Culinary Institute of America, and lecture at universities and conferences around the world.  Plus the work with Expedia Cruise Ship Centers. Sometimes I feel that I am busier than I have ever been.
3. How active is your role for Expedia Cruise Ship Centers? What do you do?  It’s not a day-to-day role.  But I work with their team to help find wineries and other organizations who are interested in wine cruises as a way of building better relationships with their clients and better community around their brand.  It’s a phenomenal program.  And I do a bunch of wine lectures for them on various cruises.  In the course of the last twelve months, I’ve been on six of the seven continents through their efforts.  They are great people, I love working with them.
4. Approximately how many wine industry clients have you advised in your career?  I couldn’t begin to count them all.  More than a hundred, anyway.  Let’s just say that through Balzac we worked with everyone from Constellations Wines and Seagram down to tiny artisan producers who made fewer than 500 cases of wine.  And we represented clients in so many different countries: not just France, Spain and Italy, but all over Europe and beyond.  And that doesn’t count the artisan producers of other products, cheese, beer, etc.  And all the regional tourist destinations, which were also important.
5. Your talk is titled The Future of Wine Tourism: What We Are Doing Wrong and How We Can Better Move Forward. That is pretty weighty. Is it possible to cover this in an hour? Nope.  But it’s a start.  And what I will talk about is how much we have to improve our offerings to tourists.  We spend so much time doing what we have always done, instead of listening to what our customers really want.  It’s mind-boggling.  And the changes we need to make are easy, if we can just stop and think about it for a minute.
6. Your talk description says “He will provide a list of “The Top Five Things Every Marketer Should Do Now” to help you correct your path and spur you on your way to a successful future.” That is a high bar to meet. Will you be able to deliver? That part is easy.  Well, except that it’s difficult to limit it to just five.   I could probably go on for another hour, and add ten more.  But I don’t have that much time!
7. What are you most proud of from your wine industry career?  Certainly the reputation that we built for Balzac is a source of pride, and that’s on an international basis. That, and the fact that my books have also won international awards. I’m delighted that people around the world have found those helpful.  But I also treasure the fact that I was named as the McPherson Distinguished Teacher at Napa Valley College last year.  As an adjunct instructor there, it meant a lot that the faculty of the college gave me that award.  It was pretty humbling.
About Paul Wagner
Paul Wagner has been an instructor for Napa Valley College’s Viticulture and Enology department for the past twenty-five years.  He is also a guest lecturer at many universities, including the Wine Tourism MBA program through the universities of Bordeaux, Porto, and Rovira Virgili, and has spoken at more than eighty conferences throughout the world on wine, wine tourism, wine education, public affairs, and wine marketing.
With Liz Thach and Janeen Olsen, he authored a book:  Wine Marketing & Sales, Strategies for a Saturated Market by The Wine Appreciation Guild, which won the Gourmand International Award in 2008 for the best wine book of the year for professionals. A second edition of that work was published in 2011, and a third edition will appear this year.  His second book:  Artisan Public Relations, was published in 2019, and a third book, Wine Sales and Distribution, with John Crotts and Byron Marlowe, was also published in 2019 by Rowman and Littlefield.  He was a columnist for Vineyard & Winery Management Magazine for ten years, and served on the board of directors of the Society of Wine Educators for many years.  With Rick Kushman of Capital Public Radio, he hosts “Bottle Talk” at http://www.rickandpaulwine.com/, a weekly conversation about wine.