On Thursday, November 10, WMTC16 will offer a session on Modern Day PR.  The importance of public relations and media coverage to drive business has not changed but getting that coverage is trickier than ever.  We can’t survive on Facebook posts alone to garner interest in our wineries, tour companies, and wine destinations but getting your press in front of the right outlets is not always easy.  The key to doing PR right is getting tips from the experts and we are thrilled to have Paul Wagner, founder of Balzac Communications, presenting on Modern Day PR to attendees.

WMTC asked Paul for a little background on his journey through the ever changing landscape of the PR world and what attendees can plan to gain though attending his session.

“When I first started working in wine and tourism public relations, a generation ago, there was a classic description of the perfect public relations director.  She would be cute, blond, and perky.  Her career often started out in the retail store, tasting room, or as a personal assistant, and then grew to include local tastings, major festivals, and the organization of company events.  And that was the job.

Well, I am not cute, I am not blond, and I am very rarely perky, but after many years of working in public relations for small wineries, breweries and olive companies and cheesemakers, I think I know what it takes to be successful.

It turns out that being blond is not really that important.

Over the past twenty-five years, food and wine-related brand marketing programs have evolved from a few shelf-talkers and table tents to huge sponsorships of everything from the Academy Awards and NASCAR to breast cancer research and public television – from newspaper and radio to social media and mobile apps.

And public relations campaigns have gone from private invitations to a few key writers to massive national campaigns.  It used to be that a nice press kit and a smiling face could usually get you some coverage.  Now we see celebrity chefs, podcasts, and concert tour logistics have all become part of the package.

While individual producers are often still small, artisan food and wine has become big business, and public relations programs have grown up alongside the industry.

But for most smaller producers, the challenges still remain—as they do for all small businesses.  They don’t have the dollars to compete on a national scale, and their only hope for success in the world of public relations is to be more costs effective, more targeted, and smarter than their competition.

Making sure that’s how you approach your public relations effort is what this session is all about.”

This is sure to be a valuable session for anyone looking to navigate the world of public relations better!
Bio for Paul Wagner: 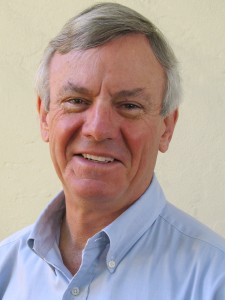 Paul Wagner studied sociology and education at U. C. Santa Cruz and classical guitar at the Royal Conservatory of Music in Seville, Spain.

He has been an instructor for Napa Valley College’s Viticulture and Enology department for the past twenty-one years.  In addition he teaches at the Culinary Institute of America at Greystone, is a guest lecturer at many universities and has spoken at more than eighty conferences throughout the world on wine business, communications, wine tourism, public affairs, wine, and wine marketing.

With Liz Thach and Janeen Olsen, he authored a book:  Wine Marketing & Sales, Strategies for a Saturated Market by The Wine Appreciation Guild, which won the Gourmand International Award in 2008 for the best wine book of the year for professionals. A second edition of that work was published in 2011, and a third edition is underway.  He was a columnist for Vineyard & Winery Management Magazine for ten years, contributes to Allexperts.com in the field of wine and food, and served on the board of directors of the Society of Wine Educators for many years.  With Rick Kushman of Capital Public Radio, he hosts “Bottle Talk” at http://www.rickandpaulwine.com/  a weekly conversation about wine.

Paul Wagner has judged many international wine competitions, is a founding member of the Academy of Wine Communications, a member of the nominations committee of the Culinary Institute of America’s Vintner’s Hall of Fame, and was inducted into the Spadarini della Castellania di Soave in 2005.  In 2009 he was honored with a “Life Dedicated to Wine” award at the Feria Nacional del Vino (FENAVIN) in Spain.